On April 23rd, seventy-five members, guests, scholarship recipients and their parent, attended the 2019 Scholarship Banquet to recognize this year’s recipients. The Scholarship Committee begins their work in January, once the application period is closed. This year, eleven applications were received. The committee reads each application, interviews all applicants in person, and conducts phone interviews with references before making the final selection. This year, five applicants were selected to receive a $1500 AAUW Carlisle Higher

The generous donations from members and the community made the scholarships possible. Sixty-four percent of AAUW Carlisle members made donations. The Lt. Col. Edward J. “Woodie” Collins Memorial Scholarship was created thanks to a generous memorial gift from seventeen women of the Army War College to honor their friend and colleague. We were honored to have COL (Ret) Ruth Collins in attendance.

We are proud to introduce this year’s recipients. 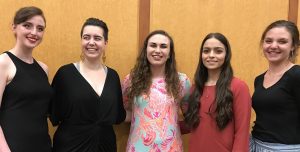 Johanna Bear, a graduate of Carlisle High School, is a sophomore at Franklin and Marshall College where she is pursuing joint majors in Women’s, Gender and Sexuality Studies and Theatre. In addition to being a stellar student and an award winning published author, Johanna works as a student intern at the Alice Drum Women’s Center and as a student staffer at the Philadelphia Alumni Writers House on campus. She also stage manages theater productions and is taking part in an independent study with one of her professors. Her life’s circumstances have shown her that “there is nothing more certain than uncertainty and inconsistency,” and she is now “embracing that fluctuation” with regards to her future.

Bailey Jones graduated from Big Spring High School in 2017. She is a sophomore at the University of Pittsburgh majoring in Mechanical Engineering. Bailey wrote and presented a research paper at a professional conference hosted by Swanson School of Engineering. During her freshman year, Bailey served as Forbes Hall Council Public Relations Chair, where she led a campaign to generate 250 pounds of food for Pitt Pantry Prowl. Bailey is currently working as an intern with Volvo Construction in Shippensburg, where she designs hose kits for hydraulics.

Makayla Glass, a graduate of Big Spring High School, is on track with a 3.8 GPA, to earn a Master’s Degree and CPA in her five year accounting program at Shippensburg University. Makayla was elected Vice-President of the Student Government Association and works hard to ensure the success of that organization. She has worked part-time during the academic year and full-time in the summer to finance her education. She hopes to land an internship in accounting with Members First or Deloitte this summer. The Scholarship Committee is pleased and proud to present Makayla an AAUW Scholarship once again!

Darien Kase is a repeat winner of our AAUW scholarship. Now in her third year in Penn State’s Nursing program, Darien has settled more certainly on her desire to work in pediatrics. Last year she was selected as one of twenty-five female students to be part of the 2018-2019 Women’s Leadership Initiative at Penn State. She has learned that nursing is a blend of medicine, empathy and strength. Her participation in THON gave her a strong connection to Pediatric medicine which led to her accepting a nurse externship on the Pediatric Oncology/Hematology Unit for the summer of 2019. In addition to being an outstanding student, Darien is an athlete, a volunteer, and is employed to help with her education expenses.

This scholarship is given in honor of Lt. Col. Edward J. “Woodie” Collins. A career Army Infantry Officer and West Point graduate, Woodie was a strong enabler of his wife Ruth’s career. When their son, Sean, was born in 1996 Woodie took on a pioneering role for a former Airborne Ranger, Mr. Mom. Embracing this role, he was also a pillar in the community as a volunteer coach, tutor, and supporter of young people. 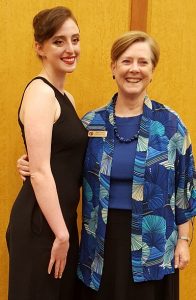 in 2017. This was where she confirmed her ability to help people and bring them together through the power of art. An article in National Geographic about veterans using art therapy to help treat PTSD fortified her pursuit even further. The ‘ah ha’ moment came when she realized that her Army father was affected by his time in Iraq and Afghanistan. As with any military family, the duties and responsibilities fell on those who are stateside. During this period, Carlie’s mother became Mrs. Dad and a cancer survivor. Carlie is currently completing her sophomore year at Marywood University in Scranton with a major in art therapy combined with psychology. She intends to use her gift to help veterans with PTSD and patients heal from cancer.

The Scholarship Banquet is a highlight of our calendar. Thank you to everyone who made the evening very special for all the recipients and their parent. 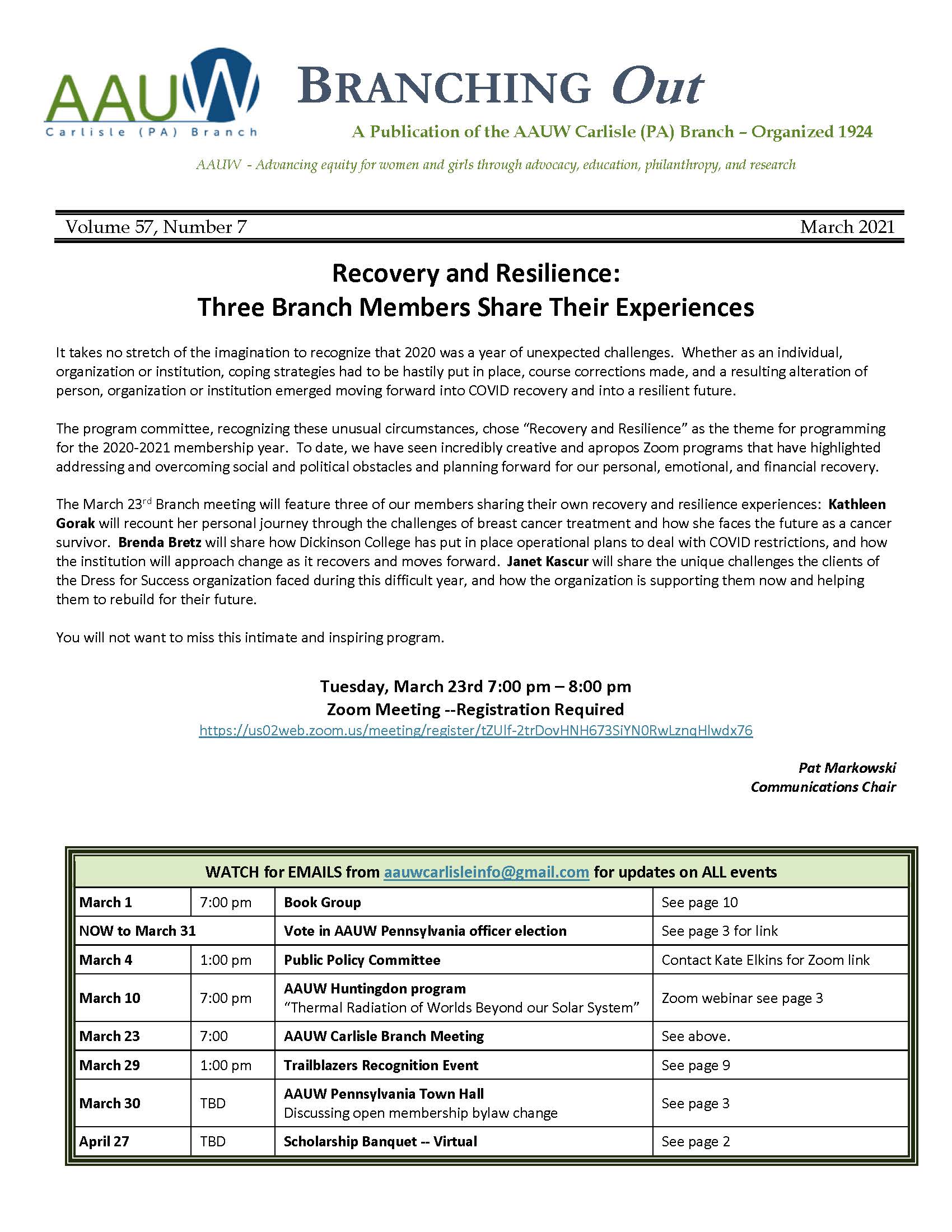